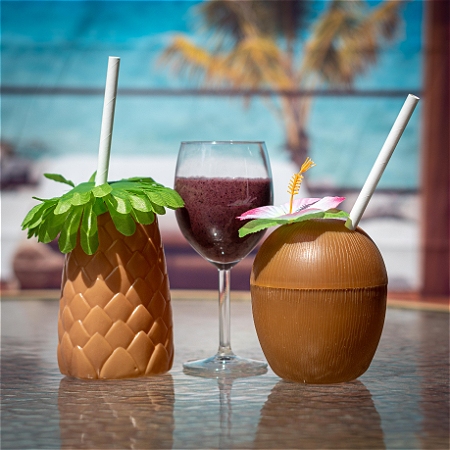 Intrigue and dark humour abound in this Whizgiggling offering.

Three sorority sisters reunite for a destination wedding at an unnamed resort, only to find themselves in the midst of an implementing mystery. The three engage in drinks and gossip as they recount the events leading up to and following a tragic accident.  As the three recap the events of their trip, it becomes apparent that they may not know their beloved friends as well as they had assumed.

“Destination Wedding” is marvellous storytelling, presenting a rhythm to the speech, with our three performers switching back and forth from group to single speech, and sometimes delivering lines in unison. Each performer disconnects from the three main characters to bring in outside characters to the fold, the whole time building humour and intrigue through vivid personalities. While the opening half comes across as normal chitchat and hearsay, all the information relayed comes back as valuable clues to the forthcoming whodunit.

Let it be known that the play’s guilty character can be voted for on Whizgiggling Production’s Facebook page. The results will be announced at the end of the Fringe. Despite this missing detail in the current show, the ending is already quite satisfying, as it remains within the theme of the play and closes with a diabolically ominous feel.

“Destination Wedding” is a prime example of how having a tight script, amusingly characters, perfect casting, confident directing, and a grasp of dark comedy, can make an engaging harmonious piece of theatre.

This play works online as well as live. Worthy of viewing in either format.

Brought to you by: